Your Infant's Identity For Sale On The Dark Web

We never forget about our kids. Right? They are the apples of our eyes, hold the keys to our hearts, and the greatest things since sliced bread, and we always try our best to keep them safe. Don’t we? While we are teaching them to safely cross the street, making sure they are fed, clothed, and have roofs over their heads, in this digital world we now live in, there is something else about which we also need to worry…their identities.

Back in January, Terbium Labs reported seeing information on sale on the dark web that was specifically being advertised as infant data. Researchers found a vendor that listed “Infant fullz” and was urging cybercriminals to get the information before tax season.

A “fullz” is a reference to how much information once can get in a record on the dark web. Typically, they contain first and last names, birth dates, and social security numbers at a minimum. In order to commit tax fraud, one also needs a W-2, which the researchers said can also be found for about $312. The cybercriminal now has a dependent too, which is worth at least $1,000 as a deduction on the tax return.

Now that tax season as passed, one may think the risk has passed. But wait! Those fullz are still out there and can also be used for identity theft. Credit accounts can be opened and in many cases the crime will not be discovered for years. After all, who expects a child to have a credit report?

A Carnegie Mellon University report from 2011 found that more than 10% of the 40,000 children they researched were victims of fraud, which was 51 times more than the rate for adults. So don’t forget to monitor the credit reports for your kids too. They have a social security number and it’s likely stored in a database somewhere. Of all Social Security numbers that are stolen, just .2 percent are from adults. Ten percent are stolen from children, with the youngest reported victim just five months old. 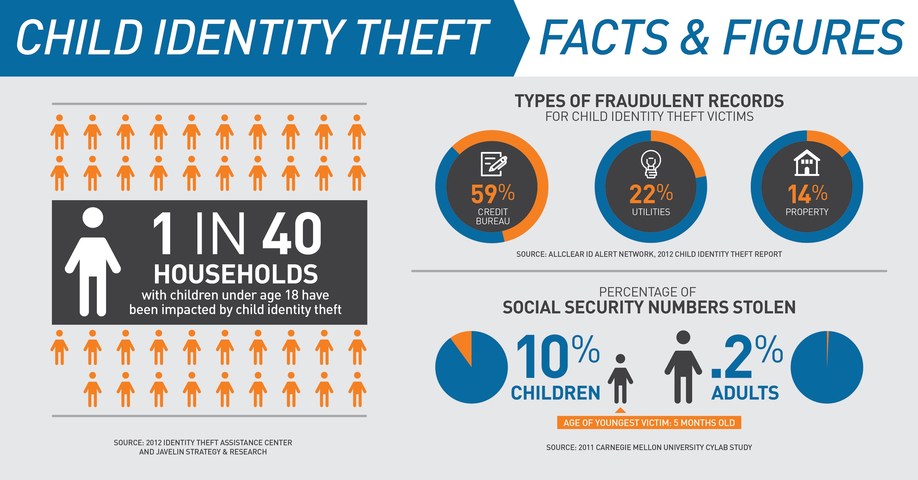 Do a few things to keep them safe from fraud:

- Order their credit reports every year, just as you do for yourselves. You can get them from each of the three major credit bureaus at no charge at annualcreditreport.com. You will know quickly if there is reason for concern.

- Consider who really needs the social security number of your children. Often, schools ask for them, but ask if there is another way your child can be identified. If not, be sure to quiz the schools on what measures they take to keep the information secured.

- If you receive credit card applications addressed to your child or calls from creditors claiming your kids are in default on a loan, pay attention to it. Get the credit report and find out what is happening.
Immediately report any fraud to local law enforcement and to the Federal Trade Commission.

- Consider freezing your child’s credit until they need it. Starting in September of 2018, the bureaus will no longer be able to charge for this service. If that doesn’t work for you, place a fraud alert on all social security numbers. This won’t stop anyone from committing fraud with your child’s information, but they will alert you sooner than later if something comes up on the credit report.

The criminals are very accommodating with each other. Not only do some steal it and then sell it to others, but if the buyer doesn’t know how to commit fraud with the data, they’ll sell a manual to teach them too. So, don’t forget to properly secure your child’s car seat…and credit.

3 Great Ways to Pay Down Your Holiday Bills